The Role of Orthotic Insoles in a Variety of Foot Diseases

As a medical aid, orthotic insoles can solve and relieve the symptoms of many foot diseases. For different diseases, there are different mechanisms of action. For example, by changing the angle of the foot when it touches the ground and changing the negative focus, people can feel more comfortable and effective when standing, walking, running, and jumping; the support function can correct and improve the user’s gait and posture when walking; by redistributing the plantar pressure, the purpose of treating or relieving plantar diseases can be achieved.

Among the common foot problems, whether the arch of the foot is normal (flat foot, high arch foot) and whether the foot has pronation and supination is the test standard. Deformation of the arch of the foot can lead to a series of foot problems, such as plantar fasciitis/heel spur. Most of the arch collapses and pronation cause the fascia to elongate and tear from the calcaneus. The bone spur is a secondary compensation.

In the face of these problems, if you know the cause of the disease, you can use appropriate scientific physical rehabilitation methods to alleviate the pain. The purpose of functional orthopedic insoles to deal with the causes of foot pain is not only to relieve the pain symptoms but also to completely get rid of the foot disease. Trouble and the compensation problem of human body mechanics caused by it.

The following describes the role of orthotic insoles in several diseases:

By redistributing the force on the sole, it reduces the load on the heel and local stimulation to eliminate local inflammation and relieve pain.

By reshaping the arch of the foot, the load on the sole is evenly distributed and the pressure on the forefoot is reduced. There is also an orthotic insole with transverse arch support at the front end, which can reshape the transverse arch so that the collapsed metatarsal head can be raised to varying degrees. This not only can effectively relieve the pain of the forefoot but also can slowly soften the painful foot pad until it disappears.

7, Prevention of degenerative osteoarthropathy in the elderly

Note: Wearing insoles is an adjuvant treatment and has clear indications. Long-term wear is required to relieve foot problems. During the wearing process, if you feel unwell, please contact your doctor in time or stop wearing it.

Orthotic insoles, like myopia glasses, require strict fitting and tailoring. It turns out that although they are all flat feet, the arches of each person will be different, and even the arches of the left and right feet of the same person may be very different (for example, one foot is flat, the other is normal). People with flat feet are often accompanied by problems such as internal foot, knee valgus, external hip rotation, long and short legs. Each person’s situation is very different. 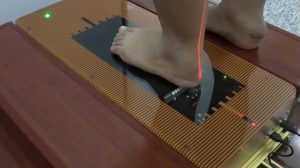 The doctor will evaluate your whole body’s skeletal development when fitting corrective insoles. It takes 30-60 minutes. All aspects of the body must be considered comprehensively. For example, the thickness of the two insoles of people with long and short legs will be different, so the corrective insole must be tailored, otherwise, the child’s arch abnormality may not be corrected, and the symptoms may even be aggravated.