Comprehensive Analysis of the Hot Melt

Environmental protection has always been a serious problem in the shoemaking industry. The strong smell of glue in the workshop is seriously destroying the health of shoemaking workers. How many families have paid the price for bearing the burden? Today, the shoe industry is undergoing earth-shaking changes. Various glues originally used in the bonding of shoe materials are being replaced by a new type of environmentally friendly adhesive, hot melt adhesive film.

Hot melt adhesive film is an adhesive that can be used by heating and melting, which can facilitate continuous operation. It is directly melted and processed by polymer without any solvent-like volatile substances, so it is an environmentally friendly adhesive material. How the hot melt adhesive film is applied in the shoemaking process and where it can be applied may not be widely known. 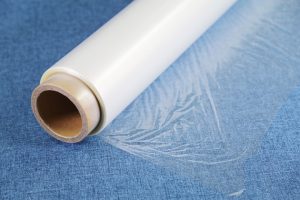 1 Unsewn upper
Sneakers without sewing upper is a shoemaking process that was applied to hot melt adhesive film relatively early. Machine thermo-compression bonding is very convenient and fast to fit together. Not only reliable adhesion fastness, washable but also mildew-proof, breathable, environmentally friendly, non-toxic, and other advantages. After the shoes are made, they are more beautiful because there are no needles and threads, and at the same time, the upper is very soft, and the comfort of the human body is better. The use of hot-melt adhesive film on the upper without sewing greatly simplifies the shoe-making process and improves production efficiency while saving labor 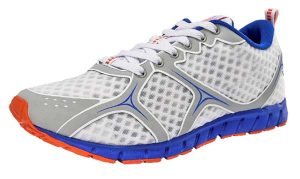 Since then, the hot melt adhesive film has been applied to the compounding of large-scale shoe upper materials and is suitable for various fabrics, leather materials, PU leather, and other materials. This new type of environmentally friendly adhesive with reliable bonding has obvious advantages over traditional glue bonding Advantage. Non-toxic, environmentally friendly, mildew-proof, and breathable, while demonstrating its value, it also exerts more advantages. The vamp bonded with hot melt adhesive film can effectively prevent the loose surface due to the uniform adhesive layer, and the vamp has no dead wrinkle, which can replace the shaping cloth, and the overall molding effect is also very good, and there is no need to replace the composite equipment. The hot melt adhesive film not only saves labor but also improves the production efficiency of shoe upper compounding to a certain extent. 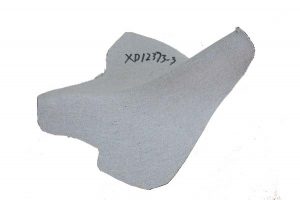 3 insoles
The fit of the insole is the same as the fit of the upper. It belongs to the large-area fit. The commonly used materials for the insole are EVA and PU. They are fitted with mesh and leather materials and then cut into the finished insole. 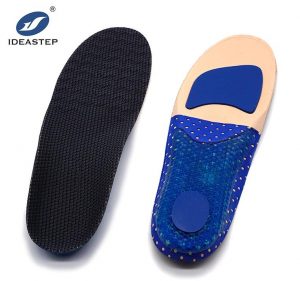 Reliable fit strength is the primary consideration. As a consumer, there must be some experience in the separation of the mesh from the bottom material after wearing a sports insole for a long time, which is caused by the loss of bonding strength after repeated washing or friction with the soles of the feet. The hot-melt adhesive film is firmly bonded, and almost no similar situation occurs. In terms of product types, there are more high-end washable hot-melt adhesive films, which can make the sole of the shoe repeatedly washed without degumming, so that your shoes will become consumers. Reliable product.

4 pack heels, platform
The heel and waterproof platform are all brushed glue processes, which requires higher operation and is prone to overflow glue. The use of hot melt adhesive film greatly reduces the difficulty of operation, and the adhesive layer is more uniform, which also makes the bonding fastness more reliable. At the same time, the workshop environment is substantially improved. The use of hot-melt adhesive film on the heel and the waterproof table does not need to change the equipment, just use the general drying tunnel. The hot-melt adhesive film used in this part requires low operating temperature, good fluidity, and wettability.

5 soles
The application of the hot-melt adhesive film on the sole is mainly suitable for the manufacture of the combined sole whose production process is the secondary mold internal pressing process. For raw rubber, cooked rubber, EVA small foam, PU foam have very strong bonding properties. Compared with the brushing process, the use of hot melt adhesive film to bond all kinds of soles do not produce glue overflow, so it is more beautiful and has very good firmness, strong water resistance, and strong aging resistance. The use of hot melt adhesive film simplifies the process, reduces labor, and can greatly improve production efficiency.