How to Pad Insoles after Artificial Hip Replacement?

Generally, more than 90% of patients do not need an insole after surgery. If the difference between the length of the bilateral limbs is within 1 cm after the operation, the patient rarely feels uncomfortable, and there is no need for insoles.

Only in some special cases, the length difference caused by the operation is more than 1cm, insoles are needed. The reason for this is to prevent the unequal length of the limbs from affecting the lumbar spine, which may lead to scoliosis, lumbar degeneration, bone and joint pain, back pain, leg numbness, and other symptoms. You should know that once the lumbar spine disease is caused by the unequal length of the limbs, it is often difficult to repair.

How high do the insoles need to be?

The general principle is to pay as much as the difference. 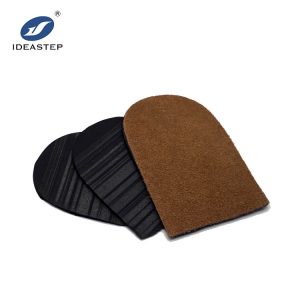 Generally speaking, the height of the insoles for the patient needs to be 1 to 3 cm. However, it is worth noting that if the patient’s legs are more than 3 cm apart, the insoles pads need to be gradual and not 3 cm pads all at once. Because these patients have long been in a state where the length of the legs is very different, the lumbar spine has often been affected. If the patient is raised at once, the patient will feel that the short leg has become longer and the waist cannot bear it. At this time, the patient needs to start with a 1 cm insoles, and after 4 to 6 weeks of adaptation, increase to 2 cm, and finally gradually transition to the height that needs to be cushioned.

How long do the insoles need to be cushioned?

Generally speaking, the greater the difference between the length of the two legs, the longer the time for padding the insoles.

In other words, if the difference between the length of the two legs is within 1~2 cm, the insole is generally used for 1 year, so that the body can accept and adapt to this gap;

If the length of the two legs differ by 2~4 cm, the insole may have to be cushioned for a long time, 5 years or more is possible because in a short period, it is difficult for the human body to adapt to such a gap, only to wait until the waist slowly replaces Compensation, can gradually adapt;

If the length of the two legs differs by more than 5 cm, you may need a longer time.

Teach you how to sleep after artificial hip replacement

Patients can go to bed without any scruples one to two days after the operation, and it is not necessary to wait until six weeks or three months after the operation before they dare to sleep at ease. Because the human body has natural “protective measures”, such as the muscles and synovial fluid around the joints, they always protect the safety of the joints. In addition, hip replacement surgery should be very firm. If the hip joint is not fixed properly, it will be a problem even if you do not press the joint. Conversely, for a hip joint that is firmly fixed, random pressure will rarely cause problems. You should know that after hip replacement, the artificial joint will be used for 15 to 20 years, or even longer. Doctors can’t let this joint loosen after a nap. 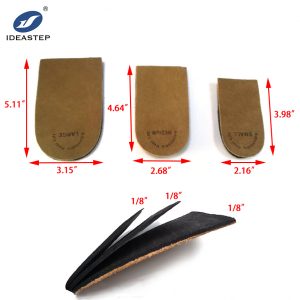 However, it is worth noting that within six weeks after artificial hip replacement, if the patient is sleeping sideways, if the affected side is on top, a pillow must be added between the two legs. The hip joint is dislocated due to adduction and internal rotation; after six weeks, the joint capsule has grown and strengthened, and these auxiliary protections are no longer needed. If the affected side is below when sleeping sideways, instead of adding a pillow, you can sleep without scruples.

What kind of action is considered appropriate after hip replacement?

After artificial hip replacement, some patients do not pay attention to the protection of the new joints, thinking that they can sit back and relax after changing the joints; some patients pay too much attention to the new joints and are cautious about what they do. So, what kind of exercise and diet are “moderate” after artificial hip joint surgery?

1. It is not recommended to squat, put on shoes, and wear socks within six weeks after the operation; after six weeks of surgery, you can perform actions such as shoes, socks, walking, jogging, and swimming. If some patients feel uneasy and think that six weeks after surgery is too early, they can also be postponed to three months later;

3. Postoperative patients should not sit for a long time, because sitting for a long time is a test for the hip joint and lumbar spine. Generally speaking, this “long time” refers to more than 30-40 minutes. In other words, it is recommended that the patient sit for 30-40 minutes, then stand and walk for a while;

5. If the femoral head necrosis is caused by drinking, and hip replacement is needed, even if the new joint is replaced, it is still recommended to stop drinking or reduce drinking. Because continued drinking after surgery may cause necrosis of the contralateral (non-operated side) femoral head, and may also cause damage to the liver and kidney;

6. There are not many precautions in diet after artificial hip replacement, and there is no need to avoid food due to surgery.

7. After 3 monthes, it is always taboo: load more than 20 kilograms, not suitable for mountaineering, high-legged running, fast running and long-distance trekking, long-distance walking (depending on your fatigue), etc.