Orthotic insoles: Does It really work?

Orthotic insoles: Does It really work?

Patients with flat feet often have pain in the soles of their feet when they walk long distances; women who wear high heels for a long time or elderly people are prone to pronation and valgus of the feet, with pains in the toes from time to time when they walk; and those who walk in and out of Figure Eight, easy to cause the sole local wear serious, easy to walk tired… these are common symptoms of plantar disease, but people often because it can not be cured or early symptoms are not serious and let it.

Experts pointed out that these common symptoms may not affect the early walk, only pain or discomfort, but over time, it is easy to lead to systemic mechanical imbalance, produce neck, shoulder, waist and leg pain. In fact, most of the well-known foot diseases, such as flat foot, pronation and valgus, heel spur and “Long and short foot”, can be treated or alleviated by medical orthotic insole to avoid further deterioration or even cure. 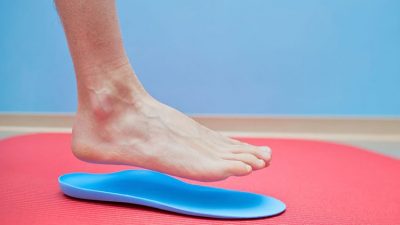 2. The role of personalized insoles

At present, orthotic insole is customized by orthotic technician based on symptom diagnosis and sole pressure distribution analysis. The structure of the human foot is very complex. It consists of 28 bones, as well as muscles, tendons and ligaments. The shape of the foot varies from person to person, as does the degree of relaxation of the ligaments, each person also has a different stage of plantar disease.

The function of the orthotic insole is to customize the insole according to the deformity of each patient’s foot, including adding reasonable function block, adding support, shock absorption, distributing pressure and so on. Through the orthotic insole, the balance of the sole can be restored by adjusting the force exerted on the heel, and the Varus can be corrected. To achieve knee internal rotation, restore the plantar force balance, you can also correct the o-leg.

The rehabilitation department uses the insole as one of the foot orthosis methods to improve the patient’s foot posture. In the production process, according to the individual foot state, the use of mold or mass production pad on the use of thermoplastic methods, so that the foot under the talar joint neutral position to make the foot posture neutral.

The technologies used in the digital molding and repair are the digital processing center which adopts the way of reducing materials and the three-dimensional fast printing technology which adopts the way of adding materials. Digital technology makes the manufacture of orthotic insole more accurate and scientific. At the same time, digital technology also makes it possible to make orthotic insoles high-speed, personalized and customized.

Experts say that compared with foot orthotics of different materials and different manufacturing methods, better foot orthotics that are in contact with the soles of the feet are more beneficial to users when the force lines of the lower limbs are the same, it is found that the insole made by scanning the foot without load can reduce the pressure difference between different areas of the sole and increase the comfort.