What is an Orthopedic Insole?

The simple definition is a cushion that can be placed in the shoe to correct and adjust the walking posture.

2. The size of the arch is made according to the degree of the normal arch. It is suitable for the general population; for some people with foot deformities or foot diseases, it can be designed and manufactured with a specific arch height through computer testing. Mats to adapt to specific individuals;

3. The orthopedic insole corrects and improves walking gait and posture by supporting the arch of the foot. For example, insoles can be used to correct bad walking postures such as varus foot, valgus foot, inner ‘eight’ son, outer ‘eight’ son, etc.;

5. Orthopedic insoles can prevent senile bone and joint degeneration by improving the force line of the lower limbs; 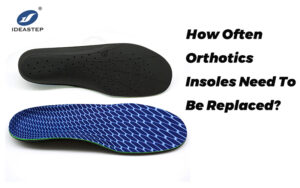 6. The orthopedic insole makes you feel more comfortable and effective when standing, walking, running, and jumping through the angle of the foot when it touches the ground and the change of the negative focus.

Orthopedic insoles are made of different materials according to their different functions. One is to try to improve the function of the foot, usually refers to the hard support pad; the other is mainly to protect the foot, usually refers to the soft support pad; the third is to improve the function and protect it The role is usually a semi-rigid orthopedic pad.

Here are the three types of support pads:

The design of the hard orthopedic pad is mainly to control the function of the foot. Its material texture is mainly made of plastic and carbonized fiber, which can be used in various shoes. There are two ways to make it. One is to make it according to the normal arch of the human body, which is suitable for the general population. Of course, this kind of insole is less effective for those with foot problems; the other is to make one according to the individual’s feet. The plaster model is specially made through computer testing and analysis, which is most suitable for every human body.

According to the length of the hard insole, it is divided into two types. One is full length, that is, from heel to toe; the other is 3/4 length. Insoles of different lengths are made according to the different problems of the foot. This kind of hard insole is normally required to be placed in a shoe with a heel height of 2 cm, and because its material is relatively hard, it is necessary to appropriately increase the size of the shoe.

The design of rigid insoles is generally not deformed, and in addition, it is not easy to be damaged due to the choice of materials. 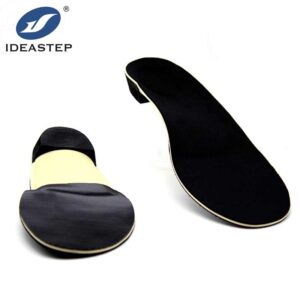 The role of hard insoles is to achieve the treatment of foot diseases by controlling the movement of the joints. It mainly controls two joints of the foot, one is the ankle joint. Through the support of the arch, it improves the non-parallel force of the ankle joint, increases its stability, and reduces the trauma of the ankle joint; the other is to control the small joints of the tarsal bone. Motor function, reduce strain, prevent the occurrence of traumatic inflammation; in addition, sprains and pains of the lower limbs are often caused by changes in the biomechanical lines of the lower limbs caused by abnormal foot functions. In this case, corrective insoles can be passed Improve the biological force line of the lower limbs to eliminate these symptoms.

It is usually made of soft, compressible materials and can adapt to the shape of the foot at any time during activities without causing any pressure on the foot.

Any good soft cushion design can better adapt to the shape of the foot. It can absorb shocks, increase balance, buffer the pressure of weight-bearing, relieve the pressure caused by strenuous exercise, and reduce the concentrated force on a certain point of the sole. Its length is also divided into two types: one is full length, that is, from heel to toe; the other is 3/4 length, insoles of different lengths are made according to different problems of the foot.

It is also suitable for rheumatoid arthritis and deformed feet. It can protect the outer edge of the foot that lacks adipose tissue. It is more widely used in diabetic feet.

It is designed to provide a good dynamic balance for the feet during activities and walking. This kind of insole not only has a good arch support function, can make the foot in a normal functional position so that the muscles and tendons can better exert their exercise effect; but also can adapt to the shape of the footwell without causing any pressure on the foot. This semi-rigid orthopedic insole not only has certain functionality but also has a good protective effect on the feet. Therefore, it is more suitable for athletes to wear, but it is recommended to use different orthopedic pads for different sports. This semi-rigid orthopedic pad is made of several layers of soft materials with built-in hard material support.