10 Foot Symptoms Not To Be Ignored (V)

Ankles, toes, or knee joints are often painful. It may be rheumatoid arthritis or gouty arthritis, and blood needs to be drawn to confirm the diagnosis.

What the doctor said: Zhu Jiahong, a foot and ankle expert, pointed out that rheumatoid arthritis needs to be combined with other symptoms such as deformity of the finger joints or other joints of the body, not just toe joint pain. As for gouty arthritis, tophi is like “chalk dust in the bones.” When the ankle is opened during surgery, the tophi (uric acid crystals) flow out like lime water, as described by Zhu Jiahong in “A Healthy Life, Beginning with Feet”.

Toe joint pain can also be caused by too much walking, excessive use of toes, or excessive synovial fluid (between joints, between muscles and muscles, or near joints, where there is a large amount of movement because there is friction, there will be a sac to cushion And lubrication) cause inflammation, called bursitis.

You can do this:

If you have persistent pain, you need to consult a doctor. In the case of gouty arthritis, patients with acute pain need to take anti-inflammatory analgesics. Among them, “colchicine is the most effective.” Pain; patients with chronic pain must take uric acid-lowering drugs. In short, whether acute or chronic gouty arthritis, if left alone, it is likely to cause “joint failure and even kidney failure,” Zhu Jiahong reminded.

Before going to a doctor, observe when the pain is the most painful. It only hurts when you are resting or walking. If it is rheumatoid arthritis, it will be painful even when resting. “Pain in different situations represents different diseases,” says physiotherapist Wang Ganong. Chen Pinghe, director of the Department of Acupuncture and Traumatology of Beijing Medical University, also said that many patients cried out as soon as they came to the clinic and hoped that the doctor would answer quickly. The doctor needs more clues to judge. 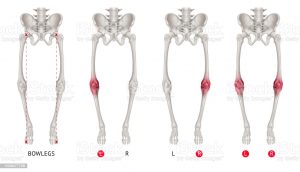 When you wake up in the morning and move your body, your shoulders or foot joints get stuck. The elderly often describe “the bones are about to fall away.” Beware, this is a sign of aging.

What did the doctor say:

Traditional medicine says that “the tendons come out of grooves, and the bones are is-sewn.” The tendons ran away and were not in their proper positions; when the body moved, the joints made a snapping sound, indicating that the bones were in the incorrect position. For example, playing on the computer for a long time, will not hurt at first, and then shoulder and neck pain. This is the long-term incorrect use of strength (we often forget the correct standing and sitting posture), which changes the skeletal structure and causes continuous loss of muscles. When the muscle tissue begins to weaken, The gap between the bones becomes narrower, and it is easy to rub during activities. The bones and muscles are easy to run away from, which naturally produces a chucking sound. Chen Pinghe reminds us that this is the characteristic of aging because young people have strong muscles and between bones and bones. The space is also larger.

You can do this:
◎1. Exercise more
It is recommended to exercise more to let the muscles have strength. Whether Chinese or Western medicine or physical therapists agree, swimming is a very good full muscle training. In addition, yoga can also help stretch the muscles and bones of the whole body.

◎2. Don’t go to bed late often
Don’t get used to going to bed late, it is easy to cause the so-called “yin deficiency” in Chinese medicine, and the joint fluid will decrease.

◎3. Western medicine usually uses hyaluronic acid or glucosamine to increase the synovial fluid in the bones and joints, but the difference in physique makes some people effective, and some people can’t feel the effect.

◎4. Traditional Chinese medicine usually recommends nourishing yin and eating viscous foods rich in mucin and polysaccharides, such as yam, fungus, okra, Japanese taro, Chinese mushrooms, natto, kelp sprouts, Ashitaba or pig’s feet, chicken Foot jelly (If you do not have a regular exercise habit, it is recommended to reduce the intake of pig and chicken foot jelly to avoid high cholesterol). 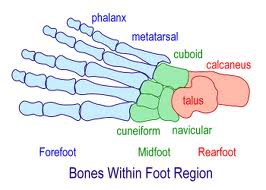 The American Academy of Foot and Ankle Orthopaedics (AOFAS) pointed out that if you have the following symptoms, you should seek help from a foot and ankle doctor.

Pain in the foot for more than 72 hours

Swelling of legs or feet for more than 24 hours

When exercising or walking, the feet are more painful

When you rest or raise your legs, your feet hurt

As long as there is an infection in the foot

When the sensitivity of the feet is reduced

Blisters or ulcers appear on your feet, but you don’t feel it or you don’t even know when you were injured.