Some time ago, the media reported that a pair of custom-made insoles claimed to have biomechanical correction functions sold for more than 2,600 yuan in a public hospital. Others defend the price of insoles from a rehabilitation professional standpoint.

So, do arch correction insoles work?

1. How are common foot diseases caused?
Patients with flat feet have pain on the soles of their feet when they walk long distances; women who wear high-heeled shoes for a long time or the elderly are prone to inversion and inversion of the feet, and the toes hurt in bursts when walking; the situation of walking inside and outside is easy to cause serious local wear of the soles, and walking Easy to get tired… The above are common symptoms of plantar diseases, but people often let them go because they cannot be cured or the early symptoms are not serious.

Experts pointed out that these common symptoms may not affect walking in the early stage, only pain or discomfort, but over time, it is easy to cause a mechanical imbalance of the whole body, resulting in neck, shoulder, waist, and leg pain. Most of the well-known plantar diseases such as flat feet, varus feet, heel spurs, and “long and short feet” can be treated or relieved by medical orthopedic insoles to avoid further deterioration or even cure. 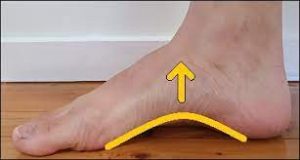 2. The role of personalized insoles
At present, orthopedic insoles are personalized insoles customized by orthopedic technicians based on symptom diagnosis and foot pressure distribution analysis. The structure of the human foot is very complex. It is composed of 28 bones, muscles, tendons, and ligaments. Each person’s foot shape is different, the degree of ligament relaxation is also different, and each person’s foot disease stage is also different.

The function of the corrective insole is to customize the insoles that meet the patient’s symptoms according to the deformity of each patient’s foot, including reasonable addition of functional blocks, to add support, shock absorption, and pressure dispersion to the insole. Through the orthopedic insole, the wrong force of the heel is adjusted to restore the balance of the sole and to achieve the correction of varus. It can realize the internal rotation of the knee joint, restore the balance of the force on the sole, and can also correct the O-shaped leg.

3. The production of orthopedic insoles
The rehabilitation department uses insoles as one of the methods of foot orthopedics to improve the patient’s foot posture. During the production process, according to the state of the individual foot, the subtalar joint of the foot is restored to a neutral position by using a mold for shaping or a thermoplastic method on the mass-produced footpad to neutralize the foot posture. 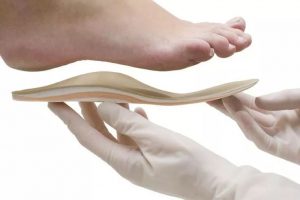 Experts said that comparing the foot orthopedic pads of different materials and production methods with each other, under the same control of the lower limb force line, the orthopedic insole with better contact with the sole is more beneficial to the user. The insole made by scanning the foot of the foot is found to reduce the pressure difference between the various areas of the sole and increase comfort.