A pair of running shoes is divided into three parts: upper (Upper), midsole (Midsole), outsole (Outsole). The midsole is the soul of running shoes, and it is also the core symbol that distinguishes major manufacturers.

The role of the midsole is to provide stability, cushioning, and rebound, absorb the impact generated during exercise and provide protection and a milder foot feel during exercise.

How to choose the rubber material formula of the midsole is very important for the whole pair of sneakers. Now the main midsole materials are EVA, TPU, POE, EDPM, and so on.

One material that has revolutionized the footwear industry in the past 20 years is EVA. By foaming EVA, the sole can be made light enough, and the EVA resin with a certain elasticity can make the sole have proper cushioning function. Since then, most casual shoes and jogging shoes have adopted EVA as the sole material.

EVA foaming formula In the footwear industry, in-mold foaming generally refers to placing EVA granules into a foaming mold, and applying high temperature (160-180 degrees Celsius) and high pressure (above 150KG/square centimeter) to foam it. . In addition, there are traditional flat foam and injection foam.

EVA foaming formula is composed of lubricant (stearic acid), bridging agent (DCP), foaming agent (AC series), foaming accelerator (zinc oxide), filler (calcium carbonate) and EVA raw materials. In order to improve the physical properties of EVA products, a certain proportion of rubber (natural or artificial) will be added, and the process flow is similar to the formula without rubber. 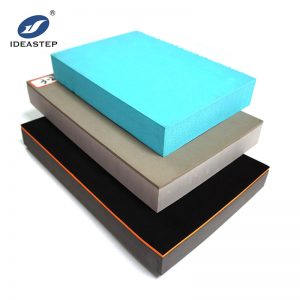 In addition to EVA foam material, another important shoe sole material is TPU thermoplastic polyurethane elastomer. The shock-absorbing ability and durability of TPU material are stronger than EVA, but the material is heavier than EVA, and it is easy to turn yellow. In addition, it has the following three advantages:
1. The plasticity of the formula is very large, and products from the softest to the hardest can be produced by adjusting the formula;
2. Especially wear-resistant, the wear resistance is 2 times higher than that of the most wear-resistant natural rubber;
3. It can be made into very transparent or any color products.

Because TPU could not be made into microcellular foam before, it was mainly used for outsole. The usual practice is to use foamed EVA as the midsole, and then stick a thin layer of TPU on the bottom to make the outsole, so that the shoes are light and wear-resistant. But in recent years, a new type of foaming technology introduced by BASF has given TPU the possibility to comprehensively challenge the application of EVA in shoe materials. This foaming technology is also called “popcorn” (E-TPU) in the industry. It can make shoes as light as EVA. The key is to have excellent resilience, that is, to have better than EVA. Cushioning effect. 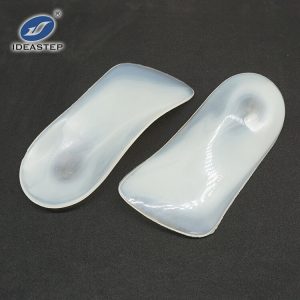 my country’s EVA supply and demand

In recent years, with the vigorous development of my country’s functional shed film, packaging film, shoe material, hot melt adhesive and other industries, the demand for EVA resin products is also increasing. In 2012, the apparent consumption of EVA resin in my country was about 880,000 tons, which has increased to about 1.3 million tons in 2016 and is expected to increase to more than 1.4 million tons in 2017. From 2012 to 2017, the average annual growth rate of apparent consumption of EVA resin in my country has reached more than 10%. 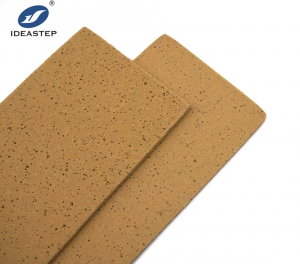 my country’s TPU supply and demand

The growth rate of the film industry has declined in 2017, but the growth rate is still more than 10%. The industry penetration rate of TPU film is also extremely high, and it is involved in food, medical, automobile, and agriculture. Industry insiders are also more optimistic about the TPU film industry.

TPU 3D printing consumables have not been a dream for a long time. Several manufacturers in the industry can produce this material. The high-quality properties of TPU, such as high strength, high hardness, and a wide range of hardness, will better serve the 3D industry in the future.

Although the shoe material market has shifted to Southeast Asian countries, China is still the largest shoe-making base in Asia, and most high-end shoe-making supplies are still produced in China. At the same time, the consumption of TPU materials in the shoe manufacturing industry is also gradually increasing, and it continues to occupy the market share of other rubbers.